Applications are being taken until 4pm on 3 June 2021. If you would like to apply, visit the PEER Forum website, and if you have queries This email address is being protected from spambots. You need JavaScript enabled to view it..

What will participation in the Forum involve?

Participants in the PEER Forum will meet face-to-face at least twice per year to share learning and to participate in session that will strengthen the depth and breadth of their understanding of public engagement and outreach.

Who can apply to join the Forum?

The PEER Forum is for practising early-career scientists and engineers who have passion and ambition for carrying out excellent public engagement alongside, and complementary to, their career in science or engineering. We are seeking Forum members from across the breadth of STFC’s pure and applied science and technology remit.

The specific personal requirements of PEER Forum membership are that members:

Astronet is a consortium of European funding agencies, established for the purpose of providing advice on long-term planning and development of European Astronomy. Setup in 2005, its members include most of the major European astronomy nations, with associated links to the European Space Agency, the European Southern Observatory, SKA, and the European Astronomical Society, among others. The purpose of the Science Vision and Infrastructure Roadmap is to deliver a coordinated vision covering the entire breadth of astronomical research, from the origin and early development of the Universe to our own solar system.

The Science Vision and Infrastructure Roadmap revolves around the research themes listed below:

but will include cross-cutting aspects such as computing and training and sustainability.

After some delays due to the global pandemic, the first drafts of the chapters for the document are now available from the Panels asked to draft them, for you to view and comment on. For the Science Vision & Roadmap to be truly representative it is essential we take account of the views of as much of the European astronomy and space science community as possible – so your input is really valued by the Panels and Astronet. Please leave any comments, feedback or questions on the site by 1 May 2021.

It is intended that a virtual “town hall” style event will be held in late Spring 2021, where an update on the project and responses to the feedback will be provided.

Equitable Letters for Space Physics (ELSP) is a project to encourage merit-based recommendations and nominations in the space physics community by providing resources for letter writing and reviews of recommendation and nomination letters. You can learn more about ELSP's mission and find both letter writing and implicit bias resources at the ELSP website.

ELSP seeks to achieve this goal by:

At the moment, ELSP is seeking volunteers to participate as reviewers in the letter submission system. This system will function similarly to double-blind journal article reviews, with the ELSP executive director acting as editor.The ELSP board of directors is Angeline G. Burrell; John Coxon; Alexa Halford; McArthur Jones Jr.; and Kate Zawdie. If you have more questions or would like to participate, This email address is being protected from spambots. You need JavaScript enabled to view it..

ESA is currently inviting proposals for their Living Planet Fellowship with a deadline of 15 March 2021. These fellowships, worth a maximum of €110k, are intended:

To support young scientists, at post-doctoral level, to undertake cutting-edge research in Earth Observation, Earth System Science or Climate Research, maximising the scientific return of ESA and European EO missions and datasets through the development of novel EO methods, techniques and products, and by delivering excellent scientific results addressing the grand Earth Science challenges of the next decade, enabling improved predictions of the physical interaction of society with the Earth system.

Interested candidates need to propose a two-year-long research plan which contributes to either of the two themes of the fellowship: "Advancing novel methods and techniques" or "Advancing Earth system science". The call also includes opportunities in the use of cloud computing capabilities; to support small ground-based experiments and in situ data collection; and a visiting scientist scheme to join the new ESA Earth System Science Hub.

Questions related to the call can be submitted via email, and must be "not later than two weeks before the Closing Date" (i.e. by the end of February 2021). The timeline for the fellowships is as follows:

Small Changes to Improve the Accessibility of Your Science

The key methods we use to communicate our science are presentations, posters and social media. Ensuring that the content we are presenting is accessible to everyone in our audience will increase the impact. We provide some easy tips that we can all implement to make our content more accessible to a wider audience. Although these are just some really simple and easy changes that you can make, there is always more that we can learn - check if your institution offers any training courses for you!

Figures 1 and 2 below show examples of a good and bad presentation slide layouts. 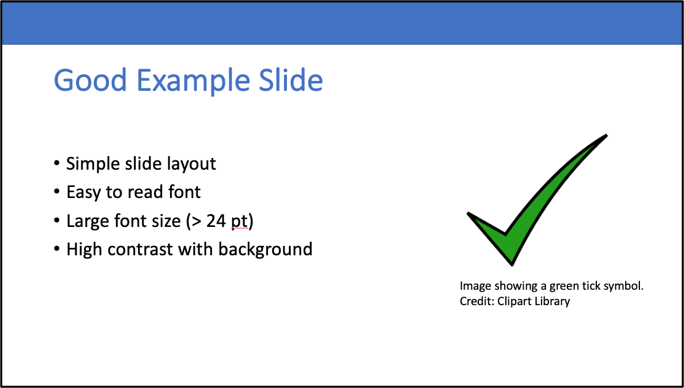 Figure 1. An example of an accessible presentation slide. 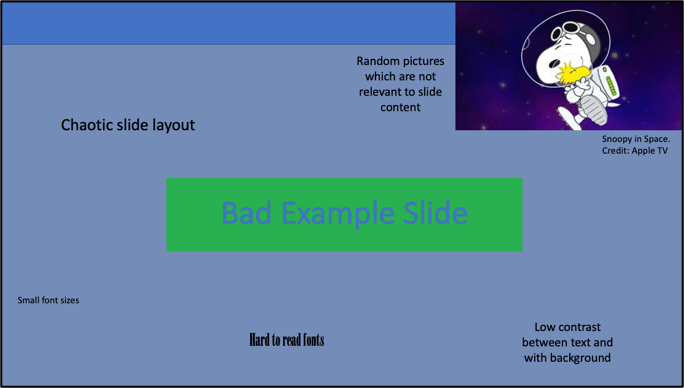 Figure 2. An example of an inaccessible presentation slide.

Use captions during presentations

Captions are a simple additional tool we can use which vastly improve accessibility during a talk. Captions are very useful for people who are hard-of-hearing but they can also be useful for audience members who are not native language speakers, and those with dyslexia. For example, a study on student learning reported that more than 90% of students found captions helpful in supporting their learning. Captions are not always perfect, particularly if you have an accent, but they will catch the majority of what you are saying.

PowerPoint, Google Slides, Zoom and Teams all have built-in captions functionality. Click on each platform to learn more about how to use the caption functionalities. Captions in Zoom can also be saved to produce a transcript at the end of a meeting.

If you are using videos in a presentation, try to use videos with captions and audio description. Giving a brief explanation to what the video will show before playing the video helps to provide context to people with visual impairments.

Plots, diagrams and figures are the most common tools we use to communicate complex science ideas. Use colour-blind friendly colours to make sure that your figures are accessible to everyone. It’s estimated that around 1 in 12 men and 1 in 200 women have some degree of colour-blindness (see NHS report here), so it’s very likely that these changes will benefit someone in your audience! Spectral or rainbow colour maps are commonly used in science, however they are not accessible to any type of colour-blindness [Crameri et al., 2020]. Additionally, our eyes do not respond to all of the colours within these maps equally, making it difficult to interpret the true nature of the data they represent (this is true for people with and without colour-vision deficiency). Instead, use colour maps which are perceptually uniform, meaning that colours are evenly distributed to form a linear colour gradient. Commonly used perceptually uniform colour maps include ‘viridis’ and ‘cividis’.

Different colours should also have a high contrast, so that they can be easily distinguished. There are plenty of resources online to help you find a suitable colour scheme, such as ColorBrewer and Coolors. You can check whether your colour scheme and content is suitable using a colour-blind simulator of filter (e.g. the Coblis simulator or the Paciello colour contrast checker). It’s also good practice to consider using additional ways to differentiate information, for example using different textures, line styles and annotations. An example of this is shown below in Figure 3, where the use of line styles, symbols, and a legend are essential for those with different forms of colour-blindness (panels b-d) to differentiate between the lines.

Figure 3. An example plot, as shown by those with (a) normal vision and (b-d) forms of colour-blindness.

Lots of us use social media to promote our work, posting interesting plots, pictures of us giving conference or outreach presentations or highlighting a new publication.

When posting videos on social media try to include captions if possible and if posting plots or images, many platforms such as Twitter provide image description functions which can be used to describe the image (find out how to do that here).

Thanks for reading! We’ve listed some helpful resources below:

EDIT: Additional Links from the Community

If you have additions to this list then please let us know by emailing us at This email address is being protected from spambots. You need JavaScript enabled to view it.!